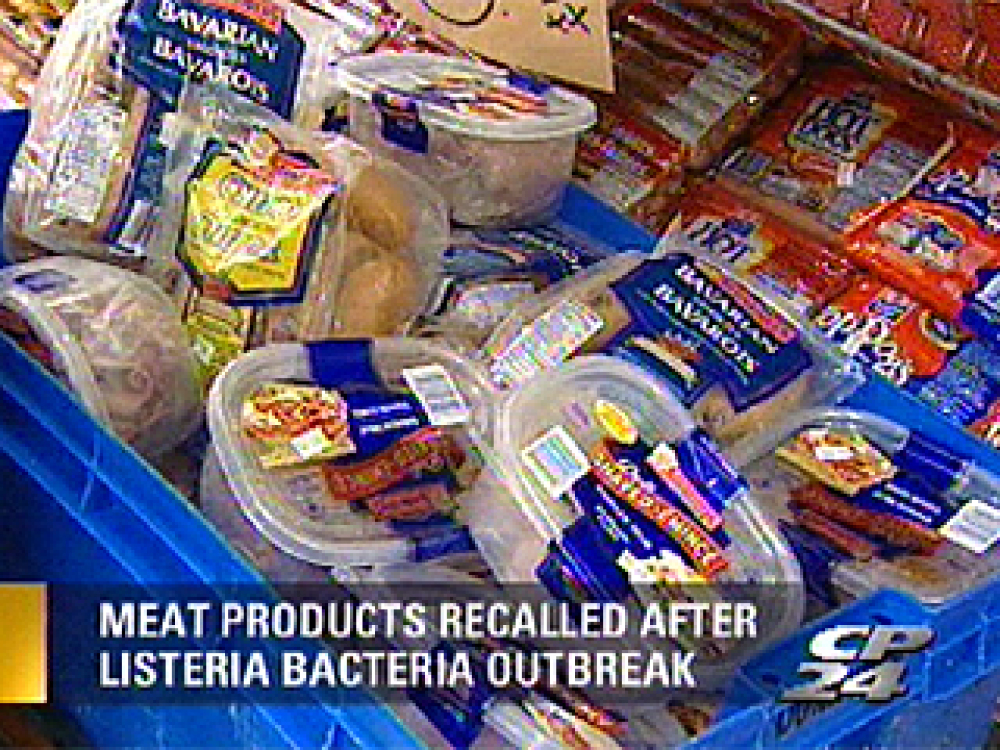 Zemco Industries in Buffalo, New York, has recalled approximately 380,000 pounds of deli meat that may be contaminated with bacteria that can cause a potentially fatal disease, the U.S. Department of Agriculture announced Monday. The products were distributed to Wal-Marts nationwide, according to the USDA's website. The meats may be contaminated with Listeria monocytogenes, which was discovered in a retail sample collected by inspectors in Georgia. The USDA has received no reports of illnesses associated with the meats. (more info on the link i put up)

thanks for letting us know